Drill holes 1768E-1A, 330SW-9 and 330SW-10 each intersected strong mineralized zones consisting of disseminated to semi-massive arsenopyrite (quartz-carbonate) and containing higher-grade core zones typical of the C vein system.  All three holes were drilled near the #1 fault towards the center of the 2006 drill grid to fill gaps in the previous drill pattern.  Therefore, these holes have expanded the area of known mineralization outside of the historic estimates.

Drilling highlights from the latest three drill holes were as follows:

Canarc Resource Corp. is a growth-oriented, gold exploration and mining company listed on the TSX (symbol CCM) and the OTC-BB (symbol CRCUF).  The Company’s principal asset is its 100% interest in the New Polaris gold property, British Columbia.  Shareholders include Barrick Gold Corp. and Kinross Gold Corp. 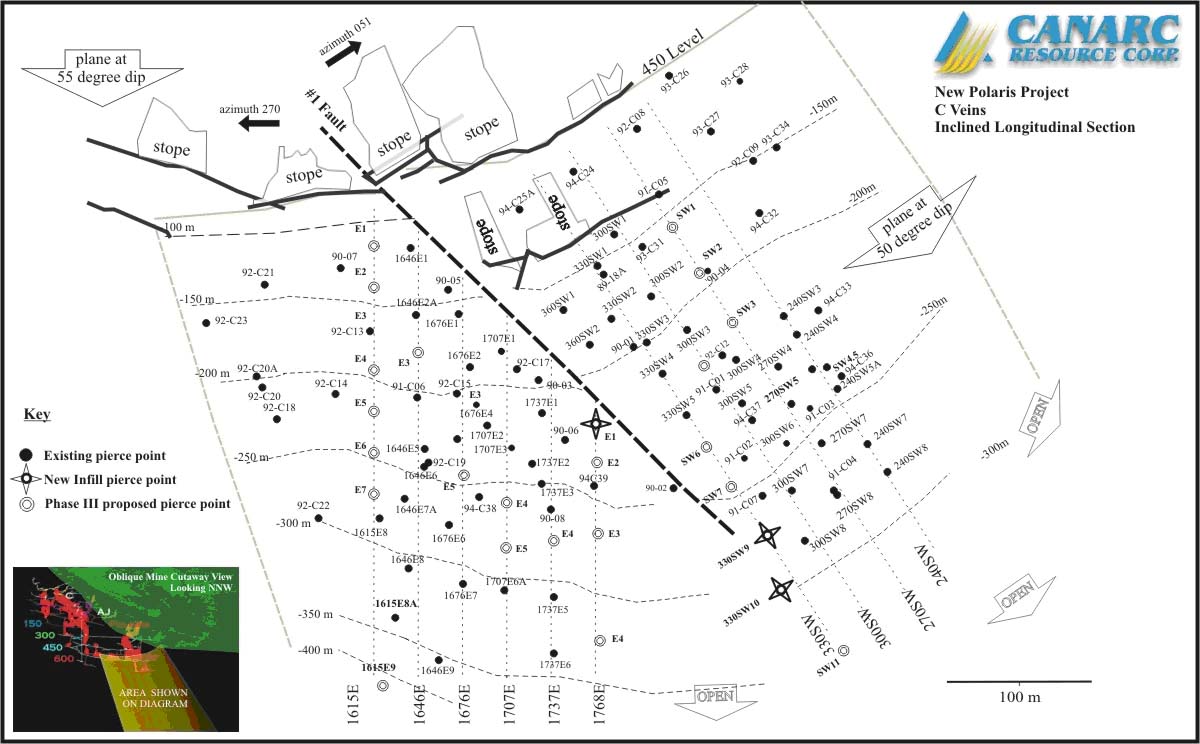