Drilling highlights from five of the latest six drill holes were as follows:

Canarc Resource Corp. is a growth-oriented, gold exploration company listed on the TSX (symbol CCM) and the OTC-BB (symbol CRCUF).  The Company’s principal asset is its 100% interest in the New Polaris gold deposit, British Columbia. 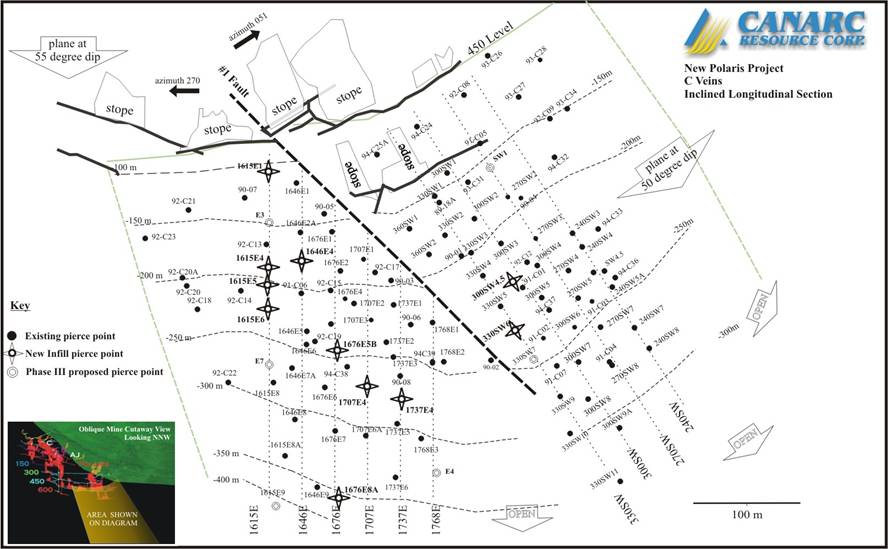